A sportsman of acknowledged talent in the art of climbing the greasy pole aspires to become the fastest in the competition and win the “Golden Cockerel”, the coveted award with which he would achieve the title of “hero of the nation and champion of progress, value and the race”. The night before the trial he finds himself alone with three figures from the female realm: his mother, his girlfriend and an unknown woman, all of whom will awaken doubts and contradictions regarding his passions and projects.

“Pasión (farsa trágica) refers both to passion for Sport and the promotion of Man to his supreme realisation (i.e. the greasy pole) and the passion of broken love and contradictions, not to mention a veiled reference to the Passion of the Son of Man himself.” (Agustín García Calvo)

This show is the result of one of the Rivas CherifLaboratories held at the Spanish National Drama Centre and will now be presented at La Abadía as an expression of our commitment to the legacy that has been established. The unforgettable García Calvo was the master of metre and prosody during the time of the first three batches of actors who graduated from the Teatro de La Abadía and José Luis Gómez directed his Baraja del Rey don Pedro (Spanish National Drama Literature Award 1999). Three of the actors who make up the cast of Pasión (Lidia Otón, Daniel Moreno and Felipe García Vélez), as well as the director herself, Ester Bellver, had the privilege of receiving classes from García Calvo at La Abadía. Furthermore, Bellver, who has always felt a special affinity with the playwright, has previously staged her own show in homage to the work of this marvellous creator, entitled Todas a la una. 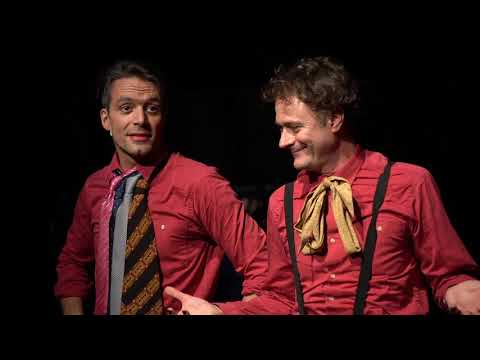