Cervantes’ “Interludes” is like a tree on which you can always find new and unexpected shoots. La Abadía, has taken ‘its’ “Interludes” to numerous theatres, both in Spain and abroad, achieving a connection with the public that is quite extraordinary given that we are dealing with texts that date from four centuries ago. Now Ernesto Arias will tackle another two pieces: La guarda cuidadosa (“The Vigilant Sentinel”) and El rufián viudo llamado Trampagos (“The Widowed Pimp”).

The solitary tree that, in ”Interludes” resided in a rural setting, this time appears in a sombre urban environment, where it witnesses two new stories immersed in misery, featuring destitute characters who need a “dream” or an “ideal” to survive their harsh existence. However, merciless reality knocks them down time and again. Through this relationship between ideal and reality, Cervantes talks to us about human freedom or, rather, the impossibility of achieving that freedom. But this is where his genial touch comes in, because everything is presented with a sense of irony, humour, good cheer and celebration. He does this without making his characters ridiculous, but by illustrating their unquestionable dignity, since they are victims of social imposition, money, their own passions and tribulations, capricious Fate, their superstitions …

Two new “Interludes” that have never been performed before invite the audience to recognise the marvellous humanitarian dimension of Cervantes’ vision in the acts of these modest characters: freedom for women, individual value and collective endeavour. 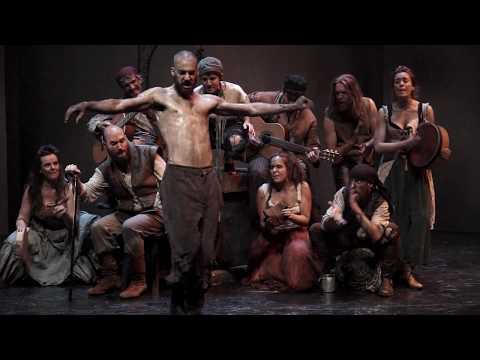