“Inventive, insightful and, above all, fun take on Twelfth Night”. The Stage

Twins Viola and Sebastian are shipwrecked in two different spots on the coast of Illyria after a violent storm. Disguised as a man named Cesario, Viola enters into the service of Duke Orsino, with whom she falls madly in love; she cannot tell him, however, for fear of revealing her identity. Orsino then asks her to deliver a message to his neighbour, the Duchess Olivia.   Disaster   strikes   when   Olivia,   misled   by   Viola’s   disguise, instantly falls for her boyish charms. Things get even more complicated when Sebastian arrives on the scene after being rescued by Captain Antonio.

Inventive and insightful, Shake is British director Dan Jemmet’s unfettered version of William Shakespeare’s Twelfth Night. Illyria is a kingdom of delirious love. Misunderstandings and cross-dressing take the scene to address the most absurd comedy of the English playwright, and also his most intelligent. Here is an effervescent, irreverent and deliciously convoluted story; an almost metaphysical invitation to reflect on the human condition.

A classic love triangle becomes entangled in this comedy of errors, highly representative of the spirit of the Renaissance, in which love and desire, in continual flux, shift between characters who are at once women and men in a reflection of Shakespeare’s time, when women were not allowed on stage and their roles were performed by boys whose high voices made the performance plausible. Thus, Twelfth Night was written for an era in which boys performed women’s roles, and takes cross-dressing to yet another level by having a boy dressed as a girl playing the role of a man. And the play’s alternate title, “What You Will”, becomes all the more relevant when the comedy comes to its end: is it a boy or a girl? “Whatever you will”, says Shakespeare.

Jemmet’s first version of the play wowed audiences at the Festival de Otoño a Primavera in 2002. The renowned director is now back with an updated piece that will once again take to the stage at the Teatro de La Abadía as part of the festival.

Dan Jemmett is an associate artist of the Maison des Arts Thonon-Evian. 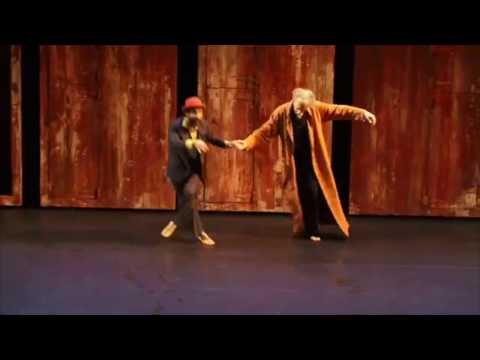