A mother nervously gets ready in the presence of her son whilst they are waiting for the father to come and pick them up; they are about to depart on a long journey, although, in some sense, the son already departed some time ago. The father must take him to hospital and leave him there so that he can be cured of a mental ailment.

Now the mother is searching for the words to say goodbye, without receiving any response on the young man’s part. Memories strike her, time and again, and so a story unfolds, before the son and the audience, of a woman who feels desperate in the face of his immutable presence, a son who has gone to a world that is inaccessible to other humans.

This is the first text by the Argentinian playwright and film-maker, Santiago Loza, to be performed in Spain. A meticulous and prudent witness, Loza reconstructs intimate worlds by making use of popular culture. His perspective, strategically placed in a corner, always manages to reveal the strangeness, wonder and horror of daily life.

A fascinating idea, a highly attractive cast, a great text by Santiago Loza and fine direction from Pablo Messiez, who, as is his custom, inclines towards beauty and refinement. (El Mundo)

One of the most sensitive, elegant and special productions of the season. A theatrical delicatessen full of pain and love, which can be seen at the Teatro de La Abadía in Madrid. (Notodo.com) 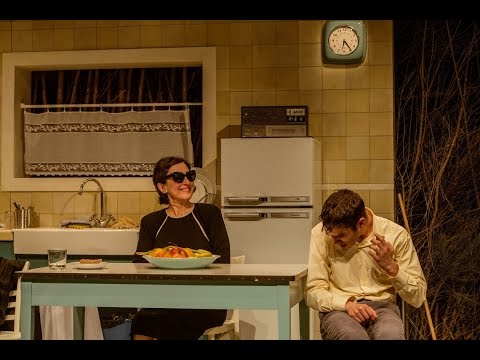