“This maiden is bait on the hook, meat set out for the vultures, and those who come will pay dearly for their share”

Following its première at the Teatro de la Comedia, Celestina returns to Madrid, to its home, to the theatre where the production was originally conceived.

Juan Goytisolo believes that this was the first text of its age that was written without the protective arch of divinity. The only laws that govern this universe are the power of money and the sovereignty of sexual pleasure.

This play weaves a plot in which customs, relationships and feelings are equally important to all, irrespective of their social status. It is an urban intrigue in which tensions and interests are entwined around the public and private spheres, both of which are characterised by a concern for “purity of blood” and the persecution of Spain’s Jews, without which it is impossible to fully understand Rojas’ writings and life. 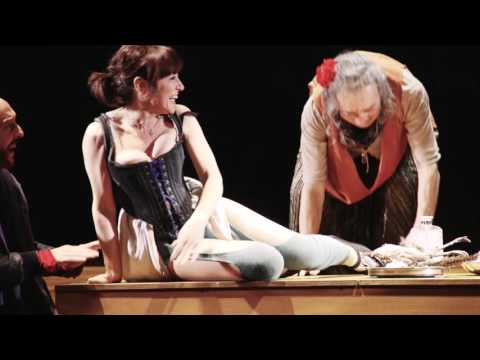