ONLINE SALE
Home • On Tour • The Tip of the Iceberg The Tip of the Iceberg

A multinational company is shaken by the suicide of three of its employees in just five months. From its headquarters, the company sends a female director to investigate what has happened. In her encounters with employees she perceives an atmosphere that is highly charged, one that pays no consideration to any personal interests, given that absolute priority is granted to achieving results.

With La punta del iceberg, a play that received the Tirso de Molina Theatre Award 2011 and the Réplica Award 2012, La Abadía has opted to showcase the astonishing talent of the Canary playwright, Antonio Tabares, in a similar way in which it has presented the work of other little-known talents such as Paco Bezerra and Manuel Calzada, not to mention playwright-directors such as Sanzol and Del Arco and the unforgettable figure of Agustín García Calvo.

Sergi Belbel, who, as the Director of the Catalan National Theatre (Teatre Nacional de Catalunya) has endeavoured to support new writing and who discovered the talent of Jordi Galcerán, once again tackles a theme that is recognisable to all. The issues at stake are sharpened by the crisis and tensions in the work-place, even having an effect on the realm of private life, as occurred in El método Grönholm (The Grönholm Method) and Después de la lluvia (After the Rain).

"Texts such as that created by the Tirso de Molina Theatre Award-winner, Antonio Tabares, place this Canary playwright at the forefront of European theatre." José Ramón Fernández, Winner of the Spanish National Prize for Dramatic Literature 2011. 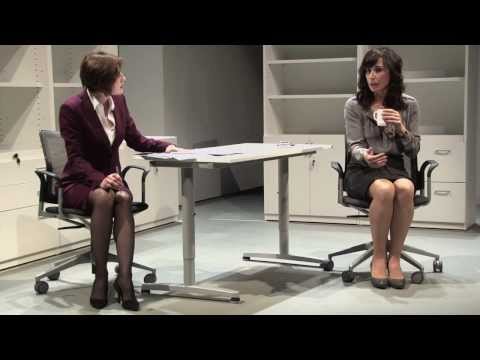