Gabe, a writer and lecturer on literature, and his wife Judy, who works for an art magazine, cannot believe it when they find out that their best friends, Sally and Jack, an apparently perfect couple, have decided to separate. Based on this piece of news, the couple begins to question whether their own marriage is based on a truly solid relationship.Written in 1992, Husbands and Wives is one of Woody Allen's most accomplished scripts. He himself has declared on various occasions that this is one of his favourite films.Àlex Rigola has adapted this brilliant script to the stage for the first time. It is a work that focuses on the complex nature of intimate relationships, showing how the inertia of life and insecurities form a constant undercurrent in marital conflicts, constituting intimate sentiments that we may shamefully -or otherwise - identify with. 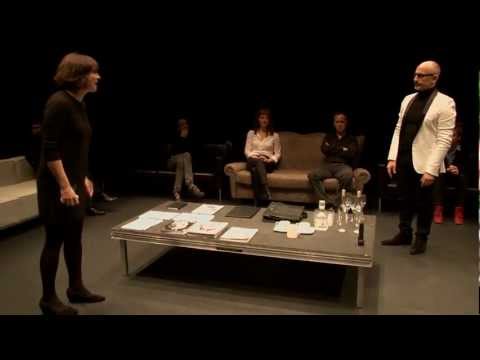