What would happen if Saint-Exupéry's little prince were not played by a boy but by an actor who is old enough to perform the part of a King Lear (José Luis Gómez) who is preparing for his final journey? Along the way he comes across an aviator, a rose, a king, a fox, a snake ... (all played by the actress and shining talent, Inma Nieto) and each of these characters will help him to discover something new.

With a spectacular set featuring clowns, Roberto Ciulli (the Italian-German director who founded the emblematic Theater an der Ruhr) transforms the innocent appeal of the original tale into a lucid and bitter-sweet production. This play, which is stripped of all props, thus returning to the very essence of theatre - more so than in the case of a boy who travels to a strange planet - is about a man who feels foreign on his own planet.

A play for adults. Recommended for children over 12 years of age.

For more information about The Litte Prince, visit its microsite. 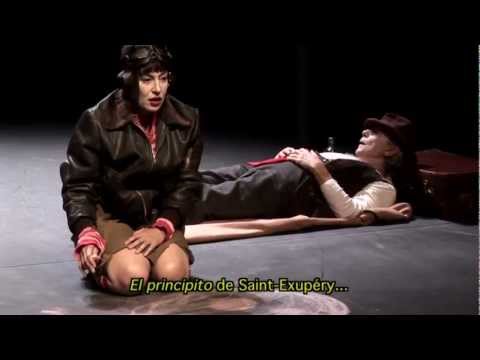