Hubo shows us the shipwrecked life a woman, a woman who refuses to abandon her world, which is reduced to an island of rock. Her story is that of many who have had to bid farewell to the place which was once home.

Hubo, which won an award for Best Puppet Show at the Children’s Theatre Festival (FETEN), is a homage to villages, the rural world and the people who inhabit them. This is a small but significant puppet drama that revolves around delicate and intimate language and talks to us of love, loss, loneliness, recollection and roots.

El Patio Teatro, a company founded in 2010 in Logroño by Julián Sáenz-López and Izaskun Fernández, seeks to introduce its audiences to stories that arise from an emotional response to everyday life, to things all around us, small stories that mean a lot to us and move us. 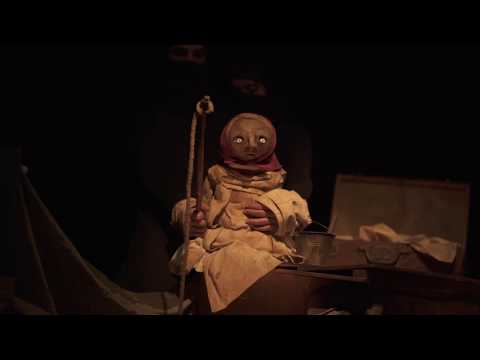