What happens when the body is far removed from the place where emotion resides?

Through the story of Pablo (Lautaro Perotti), an Argentinean living in Australia, and Elián (Santi Marín), a Spanish actor living in Madrid, Claudio Tolcachir, the author and director of Próximo, explores ties based on distance. Two men pursue a love affair characterised by physical distance and, little by little, each character becomes the only thing the other has in the whole world, but always at a distance, without touching.

In the age of Tinder, the epistolary relationship of former times has been replaced by the social media: they meet through the media, like each other, get to know each other, accompany each other and fall in love. But what happens to the body when our emotions are always played out in a realm beyond our reach? Can we really love without touching or breathing in the other, without experiencing the other’s touch on our skin?

Próximo departs from the moment when communication is cut, the false sensation of occupying the same space disappears and loneliness devours all.

The poetry of the theatre is the rawest realm in which to present such an unreal distance or proximity as a Skype call. A magical pact is established with the audience when creating a fiction: the belief that the two characters we see just half a metre away from each other on the stage are, in fact, separated by thousands of miles.

This moving text by the Argentinean playwright explores the themes of identity, loneliness, our fear of revealing ourselves and changes in the way relationships are played out. In the same manner, new technologies enable those who connect to maintain a certain distance … protected from all commitment. 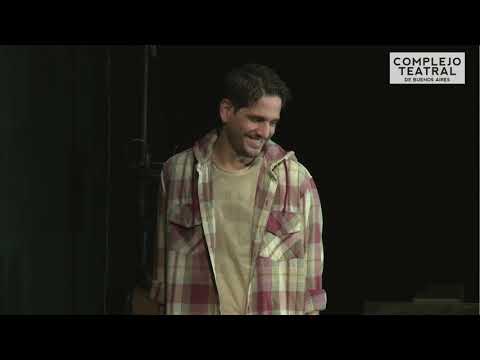