Yasmina Reza, the author of Art and God of Carnage, wrote Bella figura on the request of the German stage director, Thomas Ostermeier, in order to be performed at the Schaubühne in Berlin. In this work she reflects on life, time and failure through an ever-biting portrayal of a certain type of bourgeoisie, with all its anguish, hypocrisies, lies, neuroses and decadent ethical codes.

In this story of an apparently frivolous adultery, we can observe a cruel, lucid and intelligent representation of ourselves. These contemporary characters inhabit a First World society full of doubts and grey areas that we pretend not to see. From the banality of a life dotted with routines emerges a profound existential void. What should be a couple’s romantic dinner and a relaxed birthday party is transformed into a disastrous evening in which cynicism and loneliness come to play the leading role. Everything explodes. Especially emotions. Nothing that a few oysters accompanied by champagne can’t fix. In the end, the most important thing is to maintain appearances, our “bella figura”,as they say in Italian.

This work plays around with the idea of vanity in its different senses; our vanity with regard to physical appearance and the tyrannical efforts required to preserve it, but also in terms of the ephemeral, the passing of time, the absurd nature of daily life and the courage required to free oneself from appearances.

The rhythm and precision of the dialogues in this play create a portrait of five human beings, with all their equivocations and the lies they tell themselves in order to go on with their lives.

Bella figura has never been performed in Spain and comes to La Abadía in a staging by Nuno Cardoso, the brilliant head of the Teatro Nacional São João (Porto), who previously brought an astonishing production of Woyzeck to this theatre. 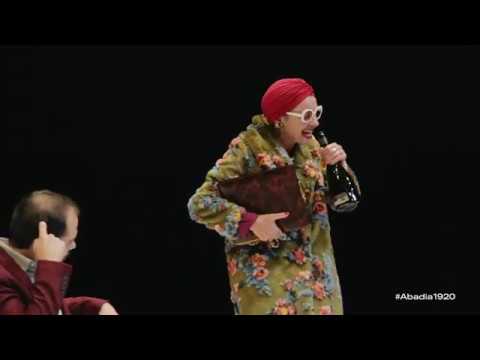