“Reality could not find a more poetic way of drenching you to the skin. It’s impossible to imagine a more explicit social and political juncture in which this text becomes more urgent and necessary” (Claudio Tolcachir, La Nación)

With a career spanning more than four decades behind him, the playwright, Mauricio Kartún, is considered to be one of the masters of the Argentinean stage and a leading point of reference within the world of Latin American theatre. Since his debut in 1973 with Civilización… ¿o barbarie?, this dramatist and director has forged a career characterised by his commitment to the political plight of his country, based on a written approach rooted in traditional mythology.

Both aspects are reflected in Terrenal, a re-reading of the biblical myth of Cain and Abel, which, in Kartún’s hands, is transformed into an employer-employee conflict rather than a story of fraternal hate, featuring a strong Creole flavour. Cain represents a powerful producer who is jealous of his assets, whilst Abel is a worker who is happy with his freedom. They both express themselves through sayings and proverbs that are typical Argentinean, awaiting the arrival of their grandfather, a mocking character who is transformed during the play.

The consequences of embracing raw capitalism or eco-socialism as organisational models of civilised life will come to a head in an ending that is well known to the audience, but freezes the soul nevertheless. The climax is doubly shocking because of the comic, almost slapstick, variety-show tone with which the director guides his characters, who are reminiscent of the figures portrayed in Waiting for Godot and the comic duo made up of Stan Laurel and Oliver Hardy.

When it was premièred in 2014 at the Teatro del Pueblo in Buenos Aires, Terrenal became one of the star attractions on the city’s ever-lively theatre scene, subsequently going on to achieve success throughout the whole of Latin America. Now in its sixth consecutive season, the play has enjoyed more than 800 performances and attracted 80,000 theatre-goers. This work has also taken part at 18 international festivals and won 25 awards in all categories. Following its brief visit to Madrid’s Autumn Festival in 2017, Terrenal now returns to La Abadía, to the delight of all lovers of the very best theatre. 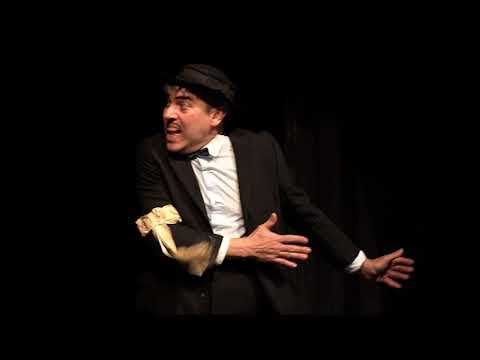