“In this new theatrical work, Blanco is revealed as a great stage director and not only as a genius writer, replete with the talent needed to tell truly original stories. The result is a very well-produced work, which is enjoyed both visually and intellectually”. El País Urugay

Sergio Blanco spent his childhood and teenage years in Uruguay, although he moved to Paris many years ago now. After studying Classical Philosophy, he studied Stage Direction at the Comedie Française. Playwright and director, his works have received numerous awards, including the National Playwright Award of Uruguay, the Casa de Américas International Award and the prestigious British Off West End Award, with Tebas Land. It was precisely this piece that led to Spanish audiences’ discovery of the works by one of the most renowned Latin American authors today, whose work premieres on both sides of the Atlantic. United States, London, Mexico, Greece, Colombia and Switzerland have welcomed Blanco’s plays, in which self-insertion always plays an important role.

“Why am I interested in self-insertion? For two reasons. First, because it approaches a topic that is fascinating and extremely complex to me: the me and the you. Part of oneself, traumatic or happy, but always seeking the other. Your story can contain others’ stories. And the second reason why I am interested in self-insertion is an essential topic, the epistemological foundation of art: The complex relationship between what is truth and what is a lie’, Blanco explained. His work, El bramido de Düsseldorf (The Roar from Dusseldorf) is also based on this technique and will be presented at the Autumn Festival. 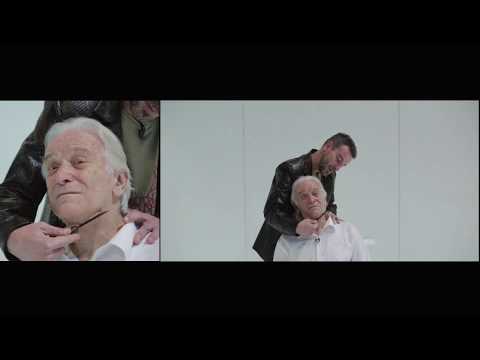