“A wonderfully playful, intimate and ultimately moving show, which constantly pits idealism against self-interest and pragmatism”. Lyn Gardner, The Guardian ****

The French Bertrand Lesca studied at the University of Warwick and soon started working as an assistant to greats of the British stage, just like the legendary Peter Brook and Declan Donellan (Cheek by Jowl). Afterwards he created his own company, FellSwoop, with a language that explored the relation between the performance and the music. Greek-British Nasi Voustas graduated from the East 15 Acting School and founded the company Antler, in which he wrote, acted and played different instruments. Both young talents crossed paths at the Edinburgh Festival Fringe, which they had both attended with works from their respective companies. They did not know each other at all, but felt a powerful chemistry and started to undertake an experiment for a new piece: behaving horribly with each other.

This project reached a peak with the creation of EUROHOUSE, a show that has converted them into two of the most important emerging artists on the British scene and that has been acclaimed by international critics as “subtle and subversive” (Theatre Bubble), “powerful and important” (Exeunt Magazine) and “an inventive way of looking at political turmoil without becoming a parable of right and wrong” (Stage Talk Magazine).

EUROHOUSE is a performance that has the backdrop of the terrible Greek crisis, which hit a height with the 2015 referendum, in which 61% of the Greek population voted against the harsh conditions imposed by the European Union and the International Monetary Fund. However, this is not an anti-Europe piece of work, but rather it addresses the speed at which cooperation can break down and the playground bullies that abuse their power. 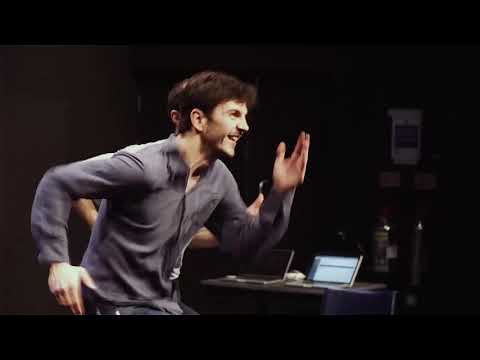