“The Polish director is a shaman of the theatre and a sensational organiser of stage timing. The work is a lesson in theatre. Art theatre.”. Santi Fontdevila, Ara

Krystian Lupa is one of the great European masters of the stage. Heir to the best traditions in Polish theatre, he studied with legends Konrad Swinarski and Tadeusz Kantor. Over the course of his career, he has been honoured with such distinguished awards as the Europe Theatre Prize (a trophy shared with names like Patrice Chéreau, Robert Lepage and Harold Pinter) and his theatrical productions have premiered at such prestigious festivals as the Festival d’Avignon. He has worked closely with Spain in recent decades. José Luis Gómez, one of his big admirers, asked him to direct Beckett’s Endgame (2010), at the Teatro de La Abadía. A wonderful performance that confirmed the mastery of a creator who has presented several of his theatre works at the Autumn Festival. Two examples are Factory 8 (2009), a monumental eight-hour-long piece dedicated to Andy Warhol, and Extinction (2007), based on Thomas Bernhard’s eponymous novel.

His debut at the Autumn Festival in 2006 was with the work Ritter, Denne, Voss, a philosophical screenplay by the caustic Austrian author, and his return to Madrid’s stages was also due to another book by Bernhard, one of his preferred authors. Ante la jubilación has its origin in a real case: in 1978 Hans Filbinger was forced to step down as the Minister of Baden Wurttemberg, after proof emerged that he had belonged to Hitler’s navy and had signed numerous death sentences. Precisely, Filbinger had expelled Claus Peyman, Bernhard’s personal friend, from the Stuttgart State Theatre, accusing him of ties with terrorist groups.

For the Polish director, Bernhard’s text about three brothers who are secretly preparing for Himmler’s birthday party treats Nazism as a virus. ‘It is no longer an ideology of a historic monster, but instead about humanity’s spiritual illness’. To interpret his characters, Lupa worked with a trio of veteran actors from the Catalan stage, Mercè Aránega, Marta Angelat and Pep Cruz. The production premiered to great success at the Festival Temporada Alta in 2017, an enthusiastic welcome that would later repeat when it played at the Teatre Lliure. 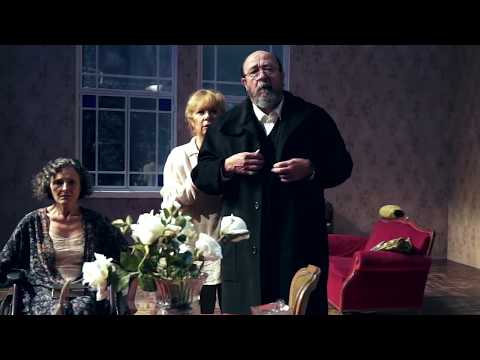