”Tiempo de silencio”, one of the landmarks of Spanish twentieth century literature, offers a grotesque portrait of post-Civil War Madrid. The work combines the approaches adopted by writers such as Joyce, Faulkner and Proust with the picaresque tradition, the language of Valle-Inclán and the imagery of Goya. Two years after its publication, its author, the doctor and psychiatrist Luis Martín-Santos, died in a car accident at the early age of 40 years.

”Tiempo de silencio” (1962) was immediately translated into other languages: In German it was given the title “Schweigen über Madrid” (“Silence Over Madrid”) and in French it was entitled “Les demeures du silence” ”Habitations of Silence”)). The novel has never been adapted for the theatre, although it was made into a film (in 1986, by Vicente Aranda). It is considered to be a highly innovative book, both due to its form and its content.

Although the plot is set in the late 1940’s, its caricature-like vision is not far removed from our current model of society, which is especially afflicted in the big cities. The loneliness of stagnant and unchanging worlds, dysfunctional family ties, impotence, hate that goes beyond the political realm, and the silence that envelops daily life …

This descent into urban hell, a hell we have become accustomed to, presents the story of a researcher who is exploring the hereditary aspects of cancer through experiments with mice. In view of the scarcity of lab mice, he will go in search of new specimens in a shanty town on the outskirts of the Spanish capital. It is there that he discovers the harsh life of the excluded and becomes involved in a plot that bears all the desolation typical of the world of tales.

With this story, which portrays all the squalor of the Franco period, La Abadía has found the ideal vehicle for the debut of a young director in Spain, Rafael Sánchez. A descendent of Spanish émigrés, he was raised in Switzerland and is currently linked to the City Theatre of Cologne (Schauspiel Köln), having emerged as one of the most unique figures on the German stage today. 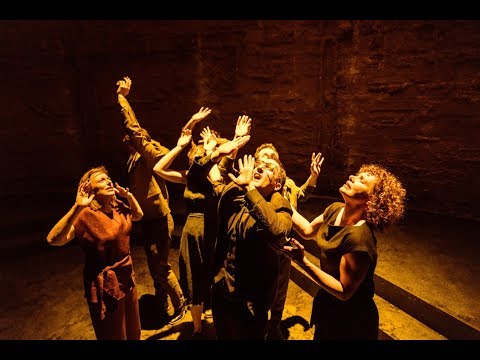