The Rape of Lucrece

"A mosaic of sentiments, passions, fits of rage and crimes"

Following the triumph of La función por hacer, the director, Miguel del Arco, has embarked on the adventure of directing Nuria Espert in a production that illustrates the most audacious side of her already well-proven acting ability. The text that has been chosen is The Rape of Lucrece, one of Shakespeare's most difficult plays, which relates the origin of the Republic in Ancient Rome. In this work, Del Arco and Espert have returned under the auspices of La Abadía to relive their poetic union on the stage.

As the only actress on the stage, Espert mutates in order to breathe life into each of the main characters -Tarquinius, the rapist, Lucrece, the rape victim, and the latter's husband- who make up this heartrending poem by William Shakespeare, in a magnificent translation by José Luis Rivas Vélez, which contains all of the potential and splendour of the English playwright's later works. A production of considerable beauty, in spite of its spine-chilling violence.

"A marvellous team has placed itself at the service of an actress who immerses herself in the text with the somnambulant energy of a medium who is successively possessed by different characters". Juan Ignacio García Garzón, ABC 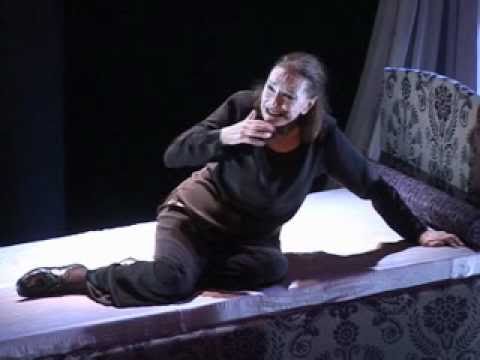