María Moliner is admired for her "Diccionario de uso del español" ("Dictionary for the Use of Spanish"), a Herculean work that dared to correct the Spanish Royal Academy of Language itself. Few people are aware that the authoress, a quiet and hardworking librarian, had a somewhat tragic life, which she overcame through sheer tenacity and persistence.

This previously unpublished text by Manuel Calzada Pérez introduces us to the world of María Moliner, a pioneer in Spanish culture, based on a series of key moments in her life. In this respect, as one of the characters points out in the play, "time ends up placing everyone in their rightful place".

The prestigious director, José Carlos Plaza, makes his debut at La Abadía with this production that interprets the silent achievements of María Moliner, a non-conformist figure who was split between her strong sense of commitment as a mother and a wife and her professional endeavours, which were not always recognised. The Dictionary will offer us moments of humour and tenderness, and a memorable portrait of a key female figure who dedicated her life to the Spanish language and who asserted her claim to culture as the key to equality. 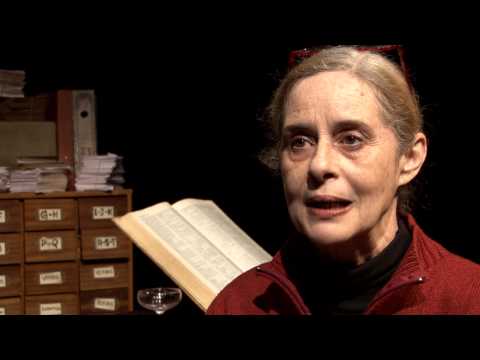