"If the police make you run, you're going to be ridiculous in those heels."

As a writer and stage director, Alfredo Sanzol has attracted the public's attention with a series of irresistible productions: Delicadas (Delicate Women), Días estupendos (Marvellous Days)  and Sí pero no lo soy (Yes, But I'm Not). A sharp observer of the human condition, Sanzol knows how to convey his stories in such a way that a charming anecdote, pulsating with a peculiar sense of humour, manages to ascend to a higher plane, lovingly revealing our common plight.

His latest work, an express commission from La Abadía, takes place on the Moon, replete with views of the Earth. With the strange perspective of having been "banished" to another planet, Sanzol seeks to review his earliest memories, a childhood that also marks the infancy of democracy in Spain. "For a child it was impossible to know what was going on, but we tried, and the excitement, the fear, the hope, the chaos, the word 'freedom' ... were etched in our memories. These are the grooves on our hard disk." 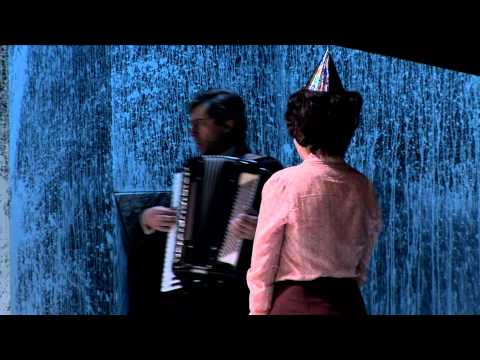